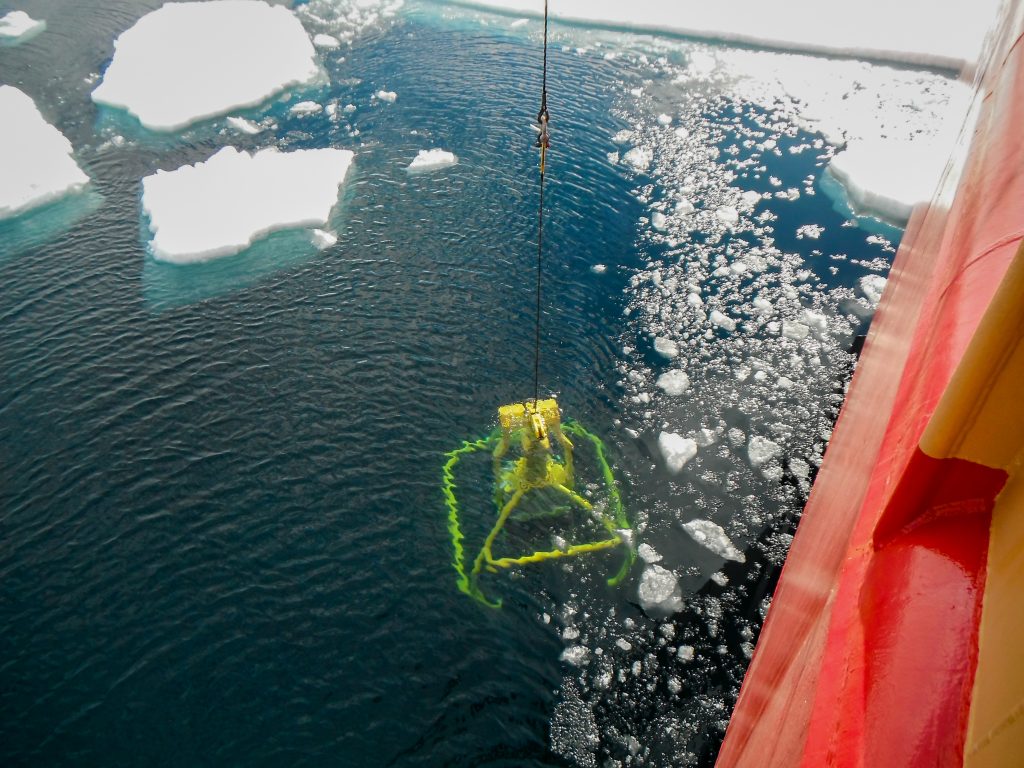 Most people try to keep mud off their boats, but we have been spending a lot of time and effort bringing boxes full of mud onboard. Why are we doing this? We are interested in the infauna, which are the organisms that live in the sediments on the ocean floor. Although often small and hidden in the mud, these organisms are an important part of marine ecosystems.

Many infaunal organisms feed directly on the mud, extracting nutrients that have rained down onto the seafloor. Although these organisms live in a dark environment, they still depend on the sun for their energy. Far above them in the surface waters, plant-like phytoplankton take energy from the sun and convert it into a form that can be consumed by animals. 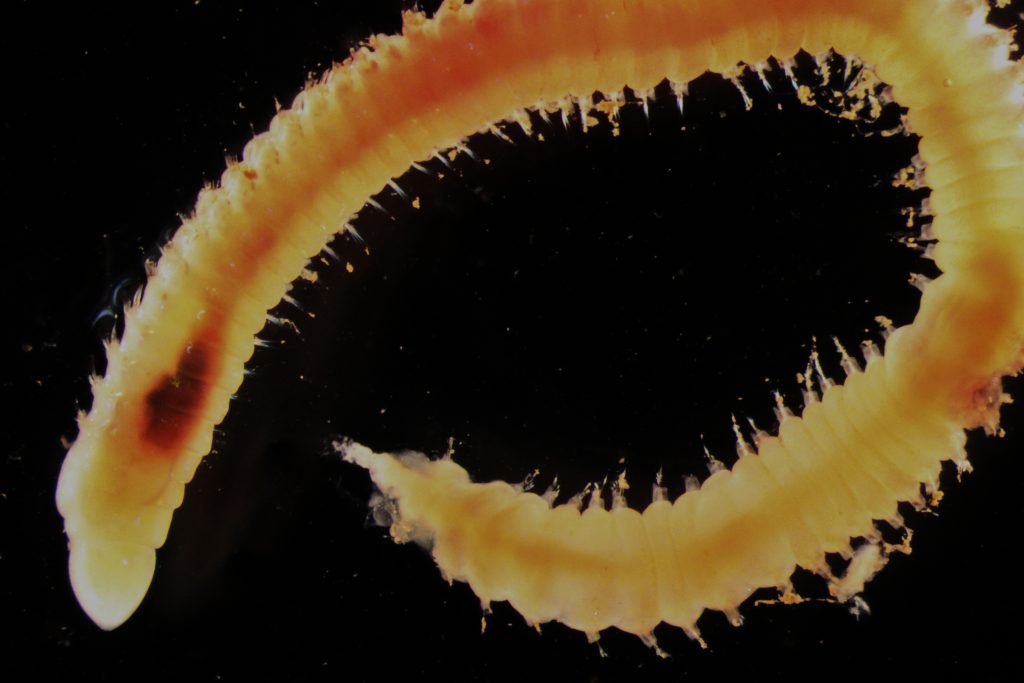 The infauna are some of the last organisms to use the sun’s energy after it has been recycled by other organisms and fallen to the seafloor. Infaunal organisms are uniquely adapted to living in a difficult environment that often has little food and low oxygen levels. These animals are often small and slender so that they can crawl among the sand grains. Several groups of worms, including polychaetes (or many footed worms), excel at an existence in the mud on the ocean floor.

Little is known about the infauna of the Chukchi Borderlands, so on this expedition we are taking sediment samples to explore the infaunal community structure. We are using an instrument called a box corer, which acts like a deep-sea cookie-cutter, taking a 0.25m2 box of mud off the seafloor. The box corer is lowered off the ship and down through the water column until it hits the seafloor and the box sinks into the mud. When pulled out of the mud, there is a triggering mechanism that forces a large spade to swing down and seal the bottom of the box. The box is well-protected on its ascent, so the sediment remains in the same layers as they were on the seafloor. 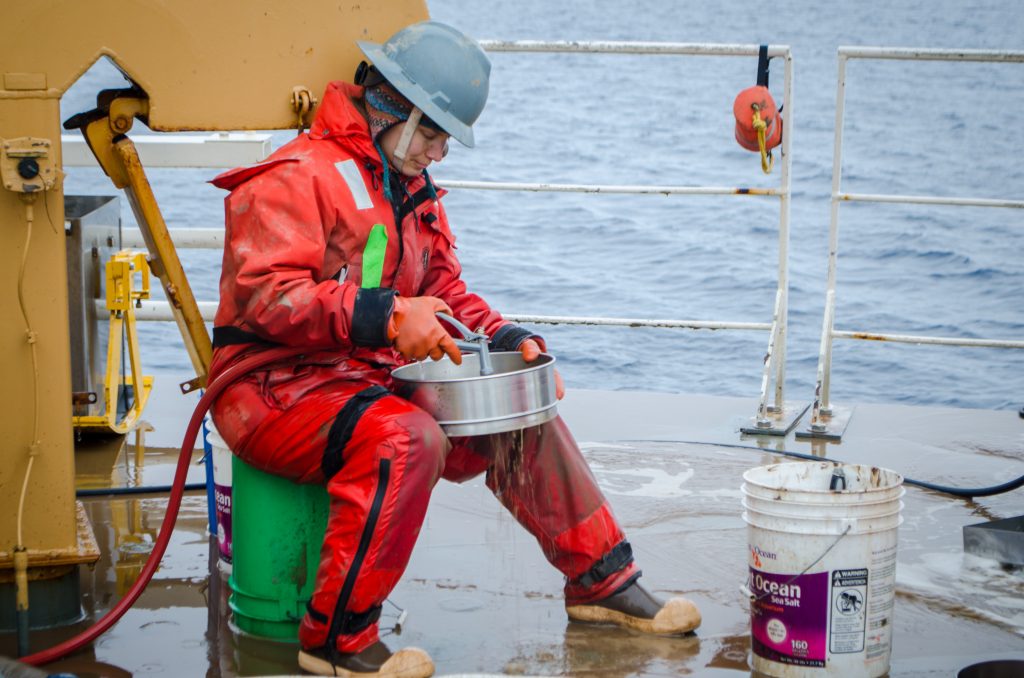 We sieve the top 10 centimeters of half of the box core sample to separate the fine sediment from the animals. Most of these organisms are too small to identify without using a microscope, so we are bringing the sieved samples back to our lab at the University of Alaska Fairbanks. The other half of the box core samples are sub-sampled to examine a variety of environmental characteristics.

As part of her Master’s thesis, Angie will evaluate the relationship between the infaunal community structure and environmental characteristics of the Chukchi Borderlands. We have taken box core samples at a variety of locations across the Chukchi Borderlands, with depths ranging from 500 meters to over 2000 meters. Depth is an important factor governing the distribution of organisms in the ocean and we hope to find how it affects the infaunal community structure here in the Arctic Ocean.